What is an API?

API is the acronym for Application Programming Interface. An API is a set of programming codes that enables data transmission between a user and an application (a software intermediate that allows applications to talk to each other). The API receives a request and gives a response as a reply. Real-life examples: users browsing web applications like Google, Facebook, YouTube, E-Commerce, etc.,

What is a Web API?

Web APIs are an open-source framework that allows developers to build web services, and the framework implements HTTP protocols (HTTP APIs). We can build Web APIs with a variety of technologies, including Java, .NET, and others.

How Do APIs Work?

The API has a set of rules to communicate between computers, applications, or machines. The API acts as an intermediary between any two machines that want to connect for a specified task.

Imagine you are a customer in a restaurant, and you are sitting at a table with a menu of choices to order your food without a waiter. In the kitchen, they are the providers who will fulfill their orders.

APIs tend to focus on web technologies, but APIs are not limited to web services. There are other web APIs that are not utilized the most, and they are just as reliable and efficient as the web API.

“REST API” stands for “Representational State Transfer”; it is a set of architectural constraints, not a protocol or a standard. API developers can carry out REST in a variety of ways. REST is used by 70% of public API developers due to its rapid performance, reliability, and ability to scale by reusing modular components (without affecting the overall system).

How do REST APIs work?

REST is a type of software design that has a predetermined set of operations and gives access to the data (aka “web resource”) by using a uniform. The payload data to be delivered as defined

in the request itself. It would be formatted in a language such as HTML, JSON, or XML. In the REST API, there is a set of operations methods available for HTTP, which is the basic protocol for how browsers retrieve websites from servers. The methods include GET, POST, PUT, DELETE, and others.

The four parts of a REST API request are:

SOAP API stands for Simple Object Access Protocol. It is more complicated than the REST API because it requires more information upfront about security. SOAP is the API standard from the late 1990s, which tends to lack the lightweight portability and flexibility of REST.

XML-RPC stands for extensible markup language—Remote Procedure Calls. To transfer the data, the XML-RPC protocol uses a specific XML format, and it is simpler than SOAP. Sending an HTTP request to a server that implements XML-RPC and receiving an HTTP response, in this way, a client executes an RPC.

JSON-RPC is a JavaScript Object Notation; it is similar to XML-RPC in that it works in the same way, but this protocol uses JSON instead of XML.

ASP.NET is an expandable framework for building HTTP-based services. It can be accessed through various applications on various platforms, such as the web, Windows, Mobile, and so on.

Uses Of a Web API

Through this blog, you would have got a basic understanding of APIs and Web APIs. We have also covered the types of APIs and their uses. The best part about the API is that it’s open-source, so you don’t have to pay a penny to explore it. 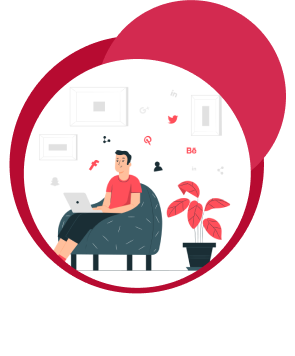 iSQUARE Business Solution Private Limited is an enthusiastic team focussed only on the best results without compromising on the quality and functionality delivered.